As we all navigate the ever-changing circumstances related to COVID-19, our tagline, “life happens to good people,” has never felt more appropriate.

In accordance with current provinical regulations, our office will be closed until further notice. However, our family law and employment law experts remain available to serve you by email. We will continue to accept new clients virtually. To connect with one of our lawyers, please email us at law@mrkfirm.com.

In the spring of 2012, I was privileged to be part of the committee that put together a two-day special lecture series on employment law and the new workplace in the social media age.   We spent two days on a variety of topics ranging from privacy issues, social media network recruiting, social media policies, injunctive relief against departing employees, and cause for termination.  We continue to see interesting workplace scenarios play themselves out in court and in labour arbitrations.

Most recently there were two prominent decisions in the labour world addressing cases where employee off-duty misconduct using social media amounted to justification for just cause dismissal.

In the Public Service Labour Relations Board decision of Chatfield vs. deputy Head (Correctional Service Canada), the termination of a corrections officer was upheld after her Facebook post revealed she had lied to her employer.  Ms. Chatfield had requested a bereavement leave on the basis that her father had passed away and she needed leave to attend his funeral.  The bereavement leave was granted, however, Ms. Chatfield’s father was not deceased and she had in fact gone on vacation to Puerto Vallarta.  Ms. Chatfield had a wonderful time in Puerto Vallarta and took multiple photos which she posted on Facebook.  These Facebook postings were viewed by coworkers who slipped them under a manager’s door.  The Board upheld the decision finding that Ms. Chatfield’s action had broken the trust with her employer.

In another case, a long-term fire fighter with the City of Toronto was terminated from employment after making offensive tweets from his personal twitter account.  In upholding the City’s decision to dismiss, the Arbitrator was persuaded by the content of the tweets which contained sexist, racist, and homophobic references.  In the Arbitrator’s mind these very public communications reflected poorly on the City and compromised the nature of the employee’s role in occupying a duty of trust within society. 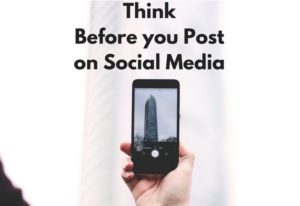